The Art of Preservation 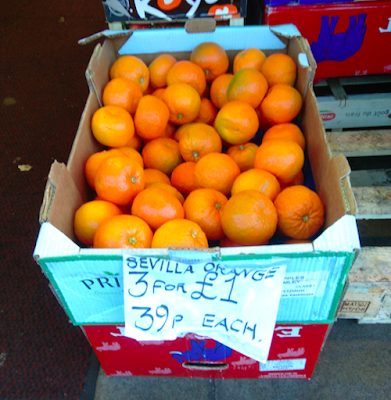 You know you're obsessed with marmalade when three friends send you the same marmalade news link on the same day. This time it was from the Guardian, which has been gleefully printing letters from marmalade-makers since mid-January, and it's clear they're a quirky bunch. And long-lived - there seems to be a specific demographic made up of octogenarian Guardian-reading marmalade-makers, which amuses me no end. I actually look forward to being old enough to join it.

The collective question was whether marmalade contributed to a long and healthy life, to which the answer seemed to be yes, given that the letter-writers were competing to be the most productive and elderly, with one turning out 41lbs of marmalade at the age of 88. One writer confessed that 'at just 82 years old' she had cracked and bought a jar of marmalade and was clearly wondering if this was the beginning of the end. Another warned that she had cut herself slicing peel, and, given that she was on blood-thinners, thought that this was the beginning of the end. Others relied on teamwork; 90-year-olds up and down the country are slicing peel and sticking on labels while their other halves do the boiling. A Mr Wilkinson (aged 90) wondered why they were making more when they still had some left from last year, but then answered his own question: 'Marmalade is a wonderful gift for the friend who has everything.' I agree – I once gave a jar to a super-wealthy friend for his birthday, as there was nothing else I could really think of. He was delighted.

I did partly agree with a Mr Bill Mason, who said that the key to a healthy life was not, in fact, marmalade, but genes, lifestyle and the NHS, in that order. But then again, making marmalade is part of a healthy lifestyle – not only is it best to make your own food, but also all the longevity studies say that having a hobby is one of the keys to a long and happy life. Being a marmalade nut is certainly improving mine. It's also something that you can get better at as you get (much) older, as the Guardian letter-writers demonstrate. I'm still tweaking my recipe year after year, and I live in hope of finding the perfect chemistry of oranges, sugar and water. I also look forward to it every year – the first sighting of a Seville orange in the darkest depths of January is a joy, and making twice-weekly batches of marmalade is the best way to survive an otherwise gloomy month. If I'm still chopping and boiling at the age of 95, life will be pretty good.

As proof of the importance of marmalade in my life, as I type this, I am sitting on a train to Cumbria, having woken at 6am, braved the flying roof tiles and street furniture (Storm Chiara is still on the loose) and caught the only morning train to Penrith after yesterday's trains were all cancelled. I'm on my way to join in the artisan marmalade judging at Dalemain House, presided over by the marmalade queen herself, Jane Hasell-McCosh, who runs the World Marmalade Awards and wrote one of the Guardian letters. It is a slightly mad thing to do, given that there are floods, gale force winds and possibly snow where I am heading. But I wouldn't miss it for the world. 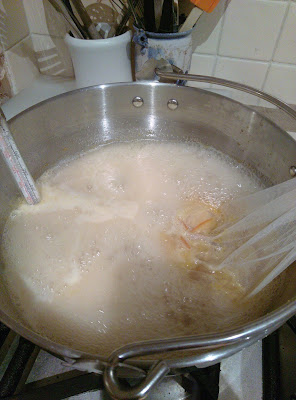 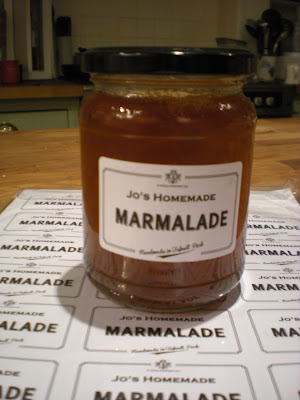