She Dreams in Marmalade 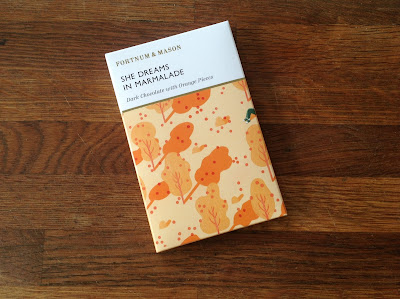 One unhappy day last summer, I found myself sitting in the Eurostar lounge in St Pancras with my five-year-old, looking forlornly at the Departures board, which had been saying 'Delayed' for a really long time.

It was my birthday, and we were on our way to Amsterdam to visit an old friend in nearby Alkmaar, hear my son sing in a concert, and eat birthday cake.

None of these things happened.

At first I was stoic, assuming that we would get there eventually, if rather later than expected. But as train after train was cancelled, it transpired that the intense heat of one of the hottest days of the year had pretty much melted the overhead cables. Defeated and sweaty, we went home, spent two hours trying to book a flight instead, then gave up and went out for ice cream.

Later that evening, I logged into a live feed of my son's concert and sat on the sofa, drinking a consoling cup of tea and eating a truly gorgeous bar of chocolate from Fortnum's that I had intended to give to my Dutch host. I chose it entirely because of its name - She Dreams in Marmalade - which is a brilliantly weird name for a bar of chocolate. (It is part of Fortnum's quirky Chocolate Library and it's not even the weirdest name. That prize goes to 'The Obedience of Bubbles the Dog'.)

Amazingly, it had survived the heat, so I consumed it gratefully while trying to be grown-up about the ruined trip. It was a joy in every way, from the packaging design and slightly surreal concept to the deliciousness of the orange-studded dark chocolate. (The close-up pic looks pale, but I assure you it is 74% cocoa solids.) They've even patterned the surface as a final touch. It pleased me no end, and it took the edge off a very bad day.

I recommend it as a cure for heat exhaustion and acute disappointment. 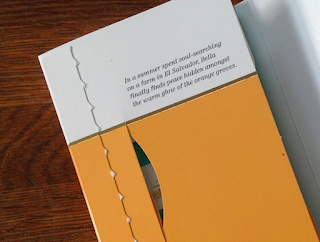 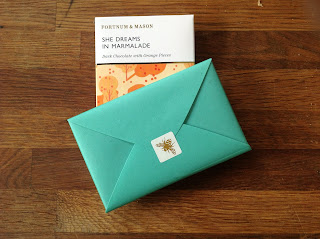 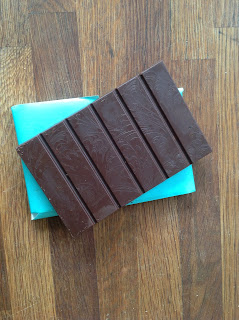 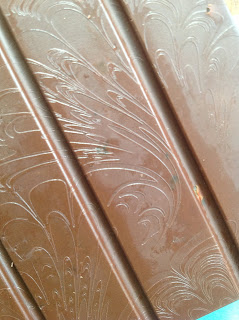