The thing I like most about Twitter is how it leads you down lots of interesting paths, as like-minded people share photos, essays and recipes that I otherwise probably wouldn't see. This is assuming you follow the right people, of course – I spend my Twitter time stalking foodies and marmalade-makers, and Twitter is awash with marmalade references right now. In the same spirit of sharing, here are some of my favourite reads of the last few weeks.

This was a lovely piece about discovering marmalade by food writer Rachel Roddy. (Her tagline is 'An Englishwoman living in Rome' which made me wildly envious, but I forgive her.) The photos are particularly stunning – check out the vintage postcards on her kitchen wall. It later turned out that she is a friend of a friend (hello, Dan) and he told me she has a book out soon – this one. So that's going in my Amazon pre-order basket. 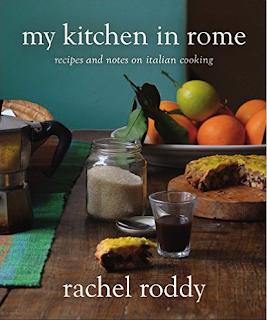 This feature by Good Housekeeping was useful, as I learned a couple of things about marmalade that I didn't already know – chiefly that granulated sugar is better than caster sugar, as the granules are larger and dissolve more slowly (I love all the chemistry stuff about marmalade, it is delightfully complex). It was also good to learn that Waitrose has reported a 20% spike in Seville oranges compared to last year, so well done, everyone. I have to object to the photo, though - that maslin pan is too full of peel and will definitely boil over.

And then there was this piece by the marvellously named MargotTriesTheGoodLife, involving gin, lavender and sticky pork. Good recipe at the end.

And on this site I learned that Menton has a citrus festival every March...

...and on this one that you can add seaweed to your marmalade. Really.

There's more. But I'll save them for tomorrow. Enjoy.